Toni Braxton is an R&B singer-songwriter and actress best known for the hits “Un-Break My Heart,” “You Mean the World to Me” and “Breathe Again.

Born in Maryland in 1967, Toni Braxton began her professional career singing alongside her sisters, until emerging as a solo artist with a song on the soundtrack for Boomerang (1992). The following year, she released her debut self-titled album, garnering wide acclaim for singles “You Mean the World to Me” and “Breathe Again.

” She later scored a megahit with “Un-Break My Heart,” included on her second studio album, Secrets (1996). Braxton made history in 1998, when she became the first black actress to play Belle in the Broadway production of Beauty and the Beast, and she later starred alongside her sisters on the reality show Braxton Family Values.

Despite announcing her retirement in 2013, the singer resumed recording shortly afterward and announced a new solo album in 2018.

Toni Michelle Braxton was born on October 7, 1967, in Severn, Maryland, to parents Michael Braxton, a minister, and his wife, Evelyn.

Brought up in a strict, religious household that prohibited any sort of engagement with popular culture, Toni and her four younger sisters — Traci, Towanda, Trina, and Tamar — began singing at an early age at their father's church.

For Toni especially, music became a central component in her life. She entered a number of local talent shows, and also collaborated considerably with her sisters.

Following her graduation from high school, Braxton planned on becoming a music teacher, but was easily swayed to leave college when songwriter Bill Pettaway overheard Braxton singing to herself at a gas station.

Pettaway, who had recently penned Milli Vanilli's “Girl You Know It's True” hit single, was moved by Braxton's husky, driving voice. With his help, Braxton landed a record contract with Arista Records for both her and her sisters.

The Braxtons, as the sisters called themselves, released the single “The Good Life” in 1990. While not a huge hit, it did manage to catch the ear of producers Antonio “L.A.” Reid and Kenneth “Babyface” Edmonds, who signed Toni to a new deal to the Arista subsidiary, LaFace Records.

In 1992 Braxton caught her first big break when she was asked to fill in for Anita Baker and sing for the soundtrack to the Eddie Murphy movie Boomerang. The album gave Braxton significant exposure and led to her first big hit: the single “Love Shoulda Brought You Home.”

A year after the Boomerang soundtrack, Braxton released her eponymous debut album. The record more than met the enthusiasm that had built up around it prior to its release.

With hits “Breathe Again,” “You Mean the World to Me” and “Another Love Song,” the record went on to sell more than 8 million copies.

Instead of getting the chance to dig into the hard work of creating a third album, Braxton got into contract wrangling with Arista. At issue was Braxton's claim that she deserved to receive a larger cut from her record sales. To further drive home the point that she wasn't making enough, Braxton filed for bankruptcy in 1998.

The two sides eventually returned to the negotiating table, and following an agreement in 1999, the singer-songwriter released her third album, The Heat.

It also featured two hit singles: “He Wasn't Man Enough for Me” and “Just Be a Man About It.”

In 2010 Braxton released her seventh studio album, Pulse, which was issued by Atlantic Records.

In September 1998, Braxton made history by becoming the first black actress to play Belle in a Broadway production of Beauty and the Beast. The musical, which featured a song written specifically for Braxton, was a huge success.

She went on to pursue other types of performance work, including a Las Vegas residency, Toni Braxton: Revealed, from 2006 into 2008. Later that year, she competed on the hit dance-competition show Dancing with the Stars.

In January 2011, media outlets began reporting that Braxton was set to star in a new reality series, Braxton Family Values. The show, which debuted in April 2011 on WE tv, follows Toni and her sisters as they pursue their respective careers in show business.

Braxton accomplished all of these successes while also battling health issues. She's been treated for hypertension as well as pericarditis, a viral infection of the sac surrounding the heart. More significantly, in November 2010, the singer told the world she was battling Lupus.

The announcement shook her fellow recording artists, most notably Lady Gaga, who has family members who've dealt with the deadly autoimmune disease. “Toni, your strength is admirable,” Lady Gaga wrote in a message to Braxton.

“As a woman whose family as been affected by Lupus, I understand your struggle and have you in my thoughts.”

More bad news followed in late 2010, when Braxton announced that she was again filing for bankruptcy. Some reports stated that she owed as much as $50 million.

In early 2012, Braxton announced that she had begun working on a new album. That spring, she released the single “I Heart You” — thought to be the first single off the singer's new project at the time.

But fans' excitement over what would be Braxton's eighth studio project soon fizzled out when, on February 8, 2013, Braxton announced plans to retire from her career as a recording artist.

Signaling the end of her 20-year recording career, Braxton's announcement, made during her guest appearance on Good Morning America, came as a big shock to many — especially since the singer-songwriter's previous statements regarding her future retirement seemed to center on a final album release.

Braxton went on to explain her decision, citing a loss of musical inspiration, a disinterest in making any future recordings, and shifting sentiments surrounding her future goals.

“It's not affecting me, making me feel that thing I've always felt when I perform. It's leaving me,” she said. “I'm not sure what's going on in my life. Maybe a female mid-life crisis? My heart isn't in it anymore. I hate to say that.

For what I do I have to love it. I have to feel that excitement and it's gone.”

Return to the Studio

Despite her announcement, Braxton did return triumphantly to the music scene in 2014 with a studio album with longtime collaborator Babyface. The R&B/adult contemporary-styled Love, Marriage & Divorce earned the pair a Grammy in 2015 for Best R&B Album.

After dropping the single “Deadwood” in September 2017, Braxton in early 2018 announced plans to release Sex & Cigarettes, her first solo album in eight years.

The album reportedly included the track “Heart Away,” a collaboration with new beau Birdman.

Around this time, the singer also starred in the Lifetime movie Faith Under Fire: The Antoinette Tuff Story, as the real-life teacher who talked a would-be gunman shooting up a Georgia school in 2013.

Braxton, who began dating Birdman in May 2016, publicly announced her engagement to the rapper in a February 2018 teaser trailer for the upcoming season of Braxton Family Values, set to premiere the following month.

Braxton was previously married to musician Keri Lewis from 2001 to 2013. They have two sons together, Denim and Deizel.

We strive for accuracy and fairness. If you see something that doesn't look right, contact us!

Toni Morrison is a Nobel Prize- and Pulitzer Prize-winning American novelist. Among her best known novels are 'The Bluest Eye,' 'Song of Solomon,' 'Beloved' and 'A Mercy.'

Michael Jackson was a multi-talented musical entertainer who enjoyed a chart-topping career both with the Jackson 5 and as a solo artist. He released the best-selling album in history, 'Thriller,' in 1982.

Christina Aguilera graces the new cover of ‘Paper’ magazine with “minimal makeup.” The singer credits her transformation from “assless chaps” to “old Hollywood-inspired retro glam” to being a performer by nature and progress in diversity in Hollywood, telling haters where to shove it.

Toni “Tomboy” Stone made history in 1953 when she joined the Negro Leagues, making her the first woman ever to play professionally in a men's league.

Usher is a successful American R&B and pop musician who began making music at age 15. His hit albums include My Way, Confessions and Looking 4 Myself.

Fergie caused a stir with her sultry rendition of the national anthem before the NBA All-Star Game. Not everyone was a fan, though basketball great Shaquille O'Neal was among those who defended the singer's performance.

Patti LaBelle is an African-American singer and actress who has been called the Godmother of Soul. She is best known for her array of hits that include “If Only You Knew,” “On My Own,” “New Attitude” and “Stir It Up.”

Gwen Stefani is a founding member and lead singer of the ska-pop group No Doubt. 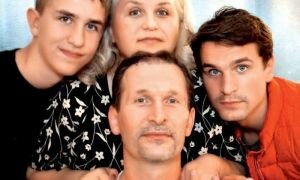